Our club has a reputation for good organization, fair play and enjoyable soccer for Ottawa's adult soccer community. That reputation has been earned over 41 years. Here are some highlights from our history.

The league was formed in 1980 when the Bell Northern House League expanded to include teams from other companies. The new league was called the Nepean Industrial Soccer League. 12 teams participated in the inaugural season with Atomic Energy (now Nordion) being the league's first champions.

Right from the first season, league rules only allowed employees to register for a team in the league. This rule remained in place for 36 years making the league unique in Ontario.

On the pitch, the early years of the league was a battle between Bell Northern Research (later renamed to Nortel) and Mitel. Between them they won 7 of the first 10 championships. 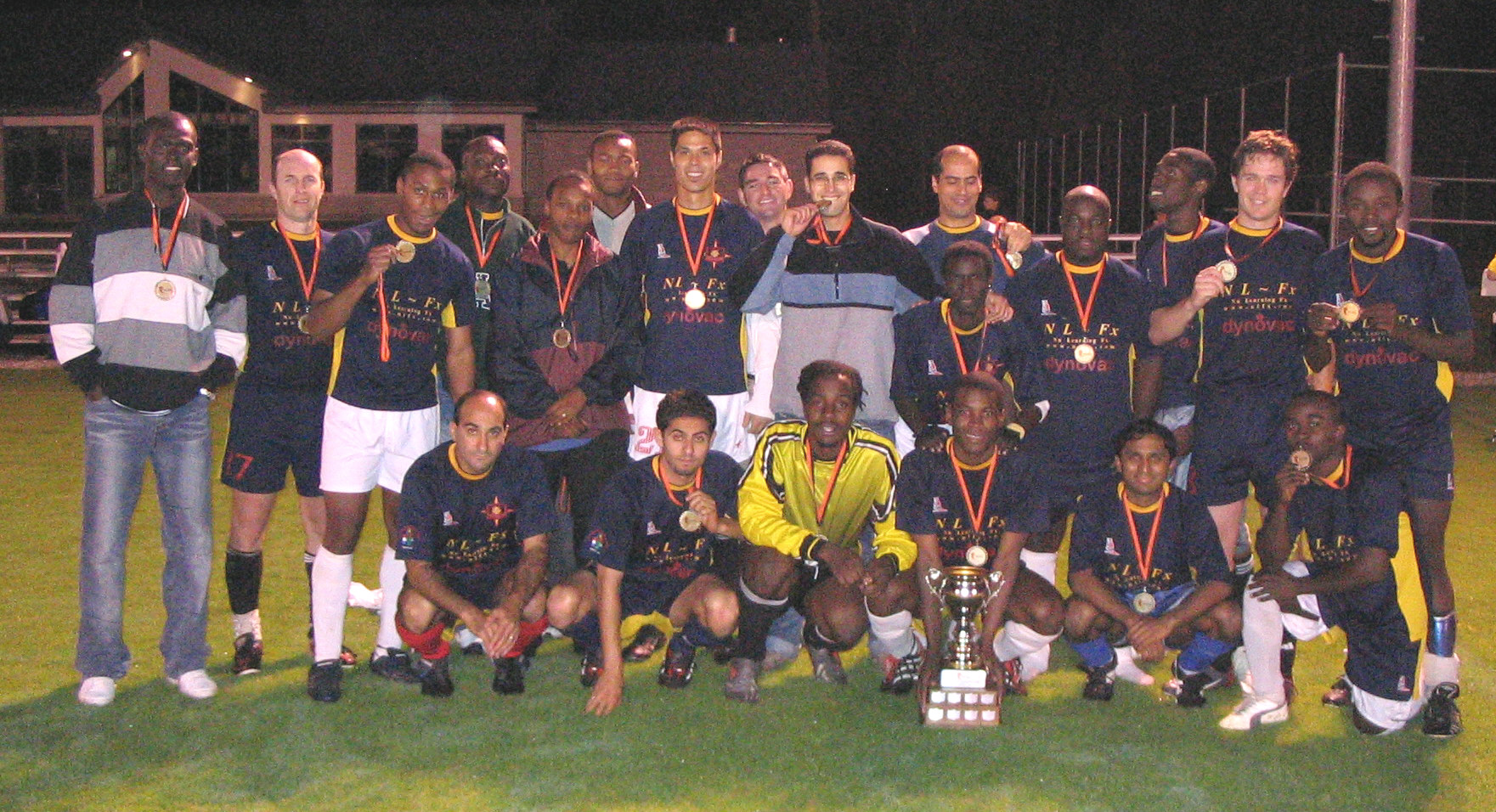 With the league expanding across the City it was decided in 1990 to rename the league to the National Capital Industrial Soccer League. 28 teams would play in the first NCISL season.

Newbridge Networks joined the league in 1989 with 2 teams and by 1993 the Newbridge Sharks had worked their way through the divisions to become Division 1 champions with a perfect record, the first team to achieve that feat. The Sharks would now replace Mitel as the challengers to the powerful Nortel Reds at the top end of the league for the next 10 years. The Reds rose to the challenge and in 1997 they became the first team to win the NCISL treble (Division 1, Challenge Cup and Tournament). 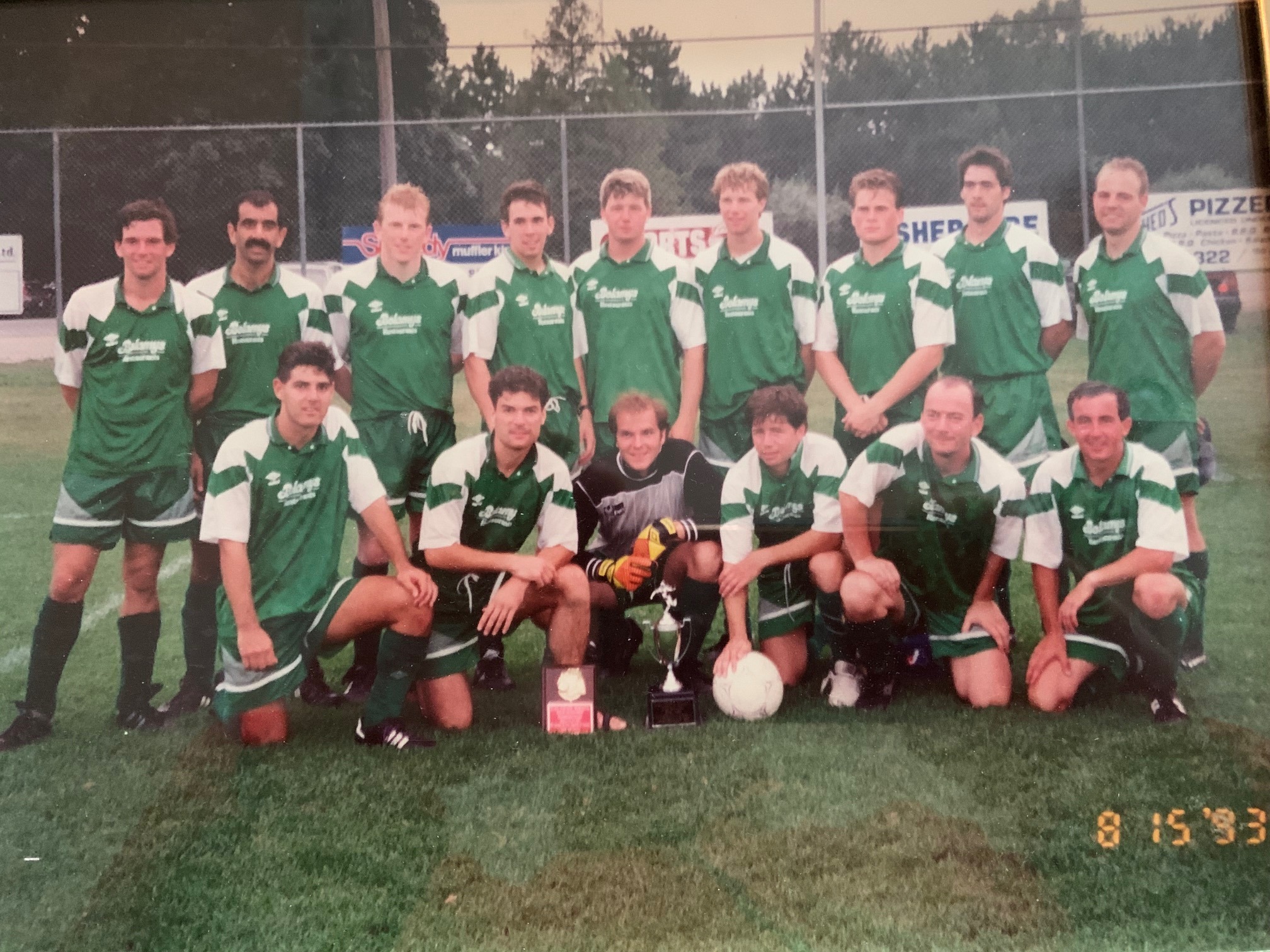 Newbridge Sharks 1993
The hi-tech boom was now in full swing in Ottawa and the league reflected that in its growth. In 1999 there was enough interest to start a women's division with 4 teams participating, JDS Lasers, Mitel United, Newbridge Banshees and Nortel Storm.

As companies continued to hire more and more teams were playing in the league. Many companies had multiple teams the biggest being Nortel with 12 teams while Newbridge had 8. By 2004 74 teams were participating and the league decided to start an indoor league at the Bell Sensplex in Kanata.

The league reached its highest number of team entrants in 2008 when 93 teams played in the league, including 12 women's teams. 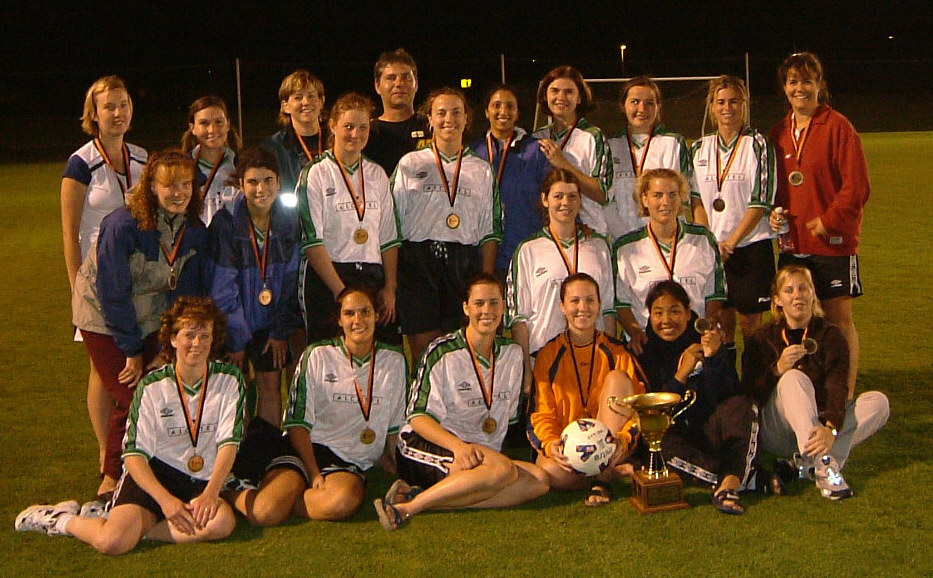 By 2009 the tech boom was long gone and Ottawa had returned to being primarily a Government city. The NCISL reflected this with the number of teams gradually declining as companies downsized, left Ottawa or in some cases went out of business. In particular the Nortel bankruptcy in 2013 was a big blow for the league. Nortels predecessors Bell Northern Research were the founders of the league and throughout our existence Nortel were always supportive of the NCISL in both facilities and volunteers.

Despite the decline in teams the NCISL still had 71 teams participating in 2014 when it entered into a partnership with the City of Ottawa to build an artificial turf field at the the Richcraft Recreation Complex.

In 2016 the decision was made to make the NCISL an open league. Teams made up of employees had served the league well but the changing environment in Ottawa meant that it was time to change and let any adult play in the league.

By 2019 the NCISL had 41 teams playing in five divisions. 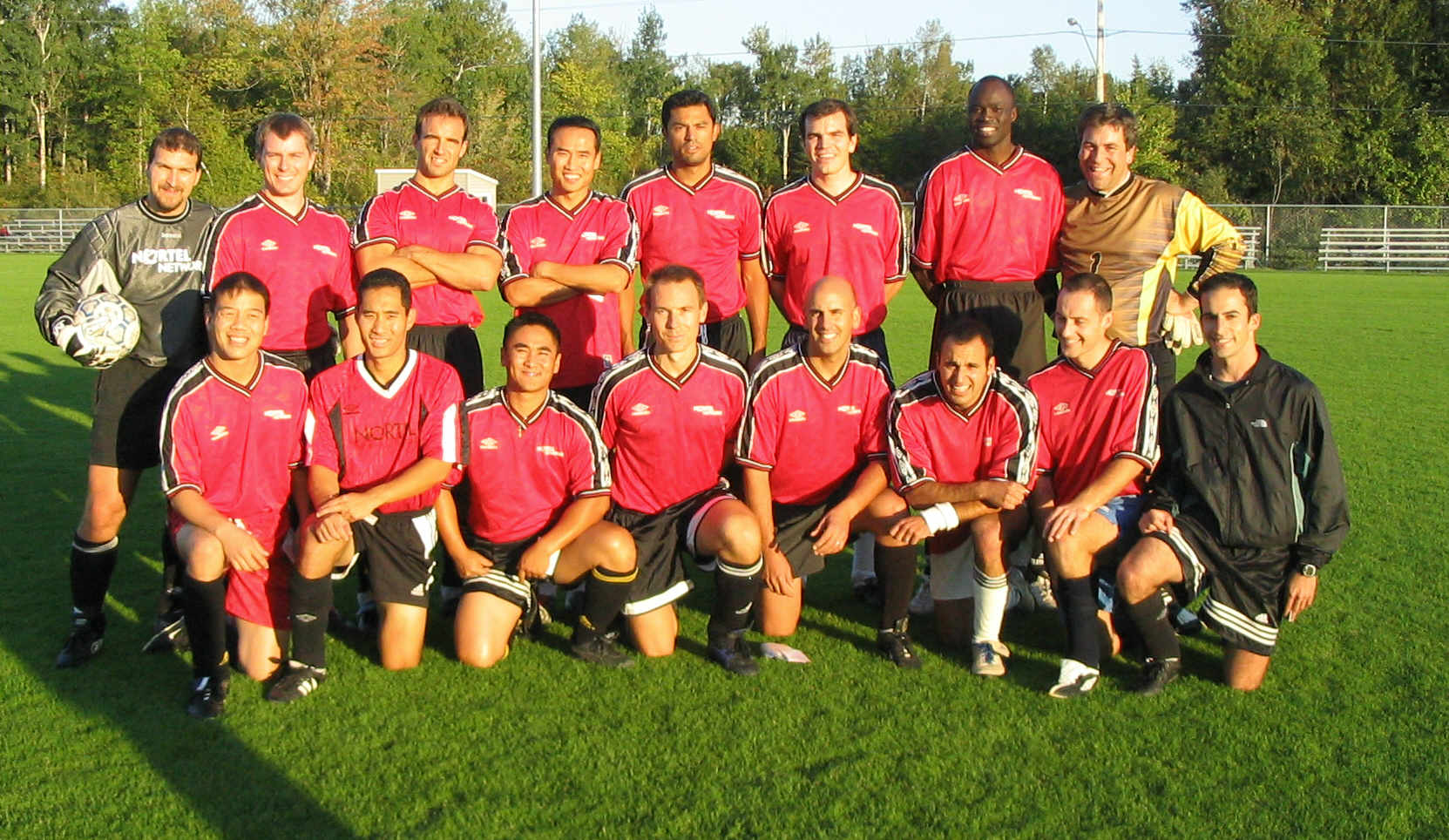 In 2020 the world was hit with the Covid 19 pandemic. Most leagues in Ontario shut down for the year, but not the NCISL. To ensure we were able to have a season we converted to a 7 a side format playing entirely at Richcraft. 41 teams participated in a 10 game schedule. The NCISL was proud to be the largest adult league in Ontario to operate in 2020.

As the pandemic lingered into a second year we decided to continue with the 7 a side format. Our reputation and experience from 2020 allowed us to grow to 46 teams and a 14 game schedule for 2021.

It's 2022 and it's time to change again, this time with a new name that best reflects who we are. The NCISL name has served us well but we hope that the name change to the Ottawa Adult Soccer Club will give the league many more enjoyable soccer seasons.

Join us and add to our history.